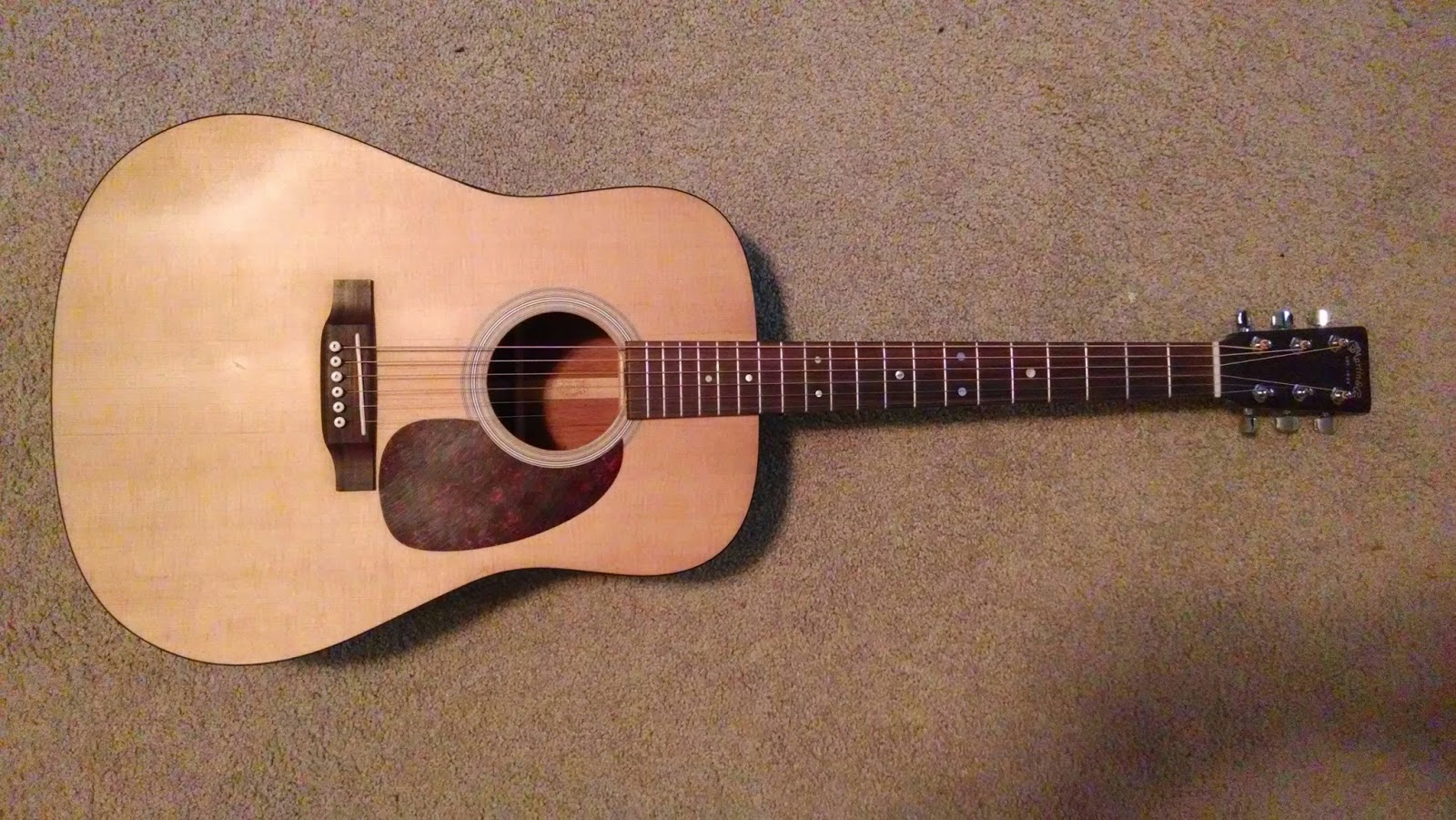 So the new guitar came home, and needed a name. It popped up in meditation that night: Neville. I almost couldn’t bear to name it “Neville” after giving up a “Seraphina,” but there’s really nothing else for it. It’s a good name, and one that will be forever associated with the Harry Potter books in my mind. Neville is the one of the most humble characters, but in the end also one of the most heroic. He does what you need him to do with courage, compassion, and faith. You could do a lot worse.
Posted by Tandava at 16:59