Conversations with Guy, Volume I: Chapter 2 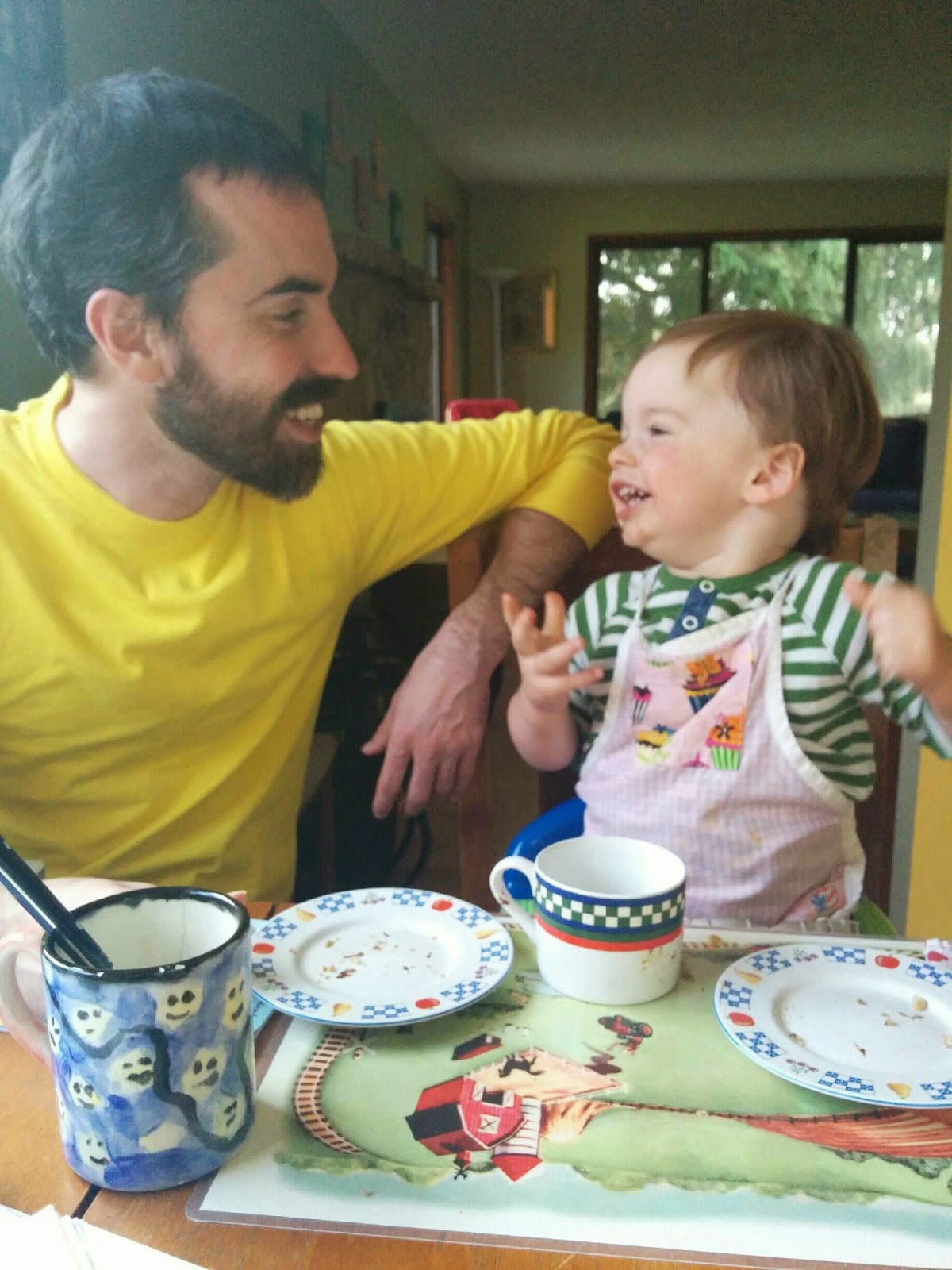 First of all, I have to say that this is really just about one of the best photos ever. Guy looks like he’s regaling me with some of his most humorous anecdotes. As he probably is. When these posts are someday published in an encyclopedic set of books, that photo will be on the cover.

I just spent a few days up in Portland with the Glanvilles, and since Guy’s last visit down to California only a month ago, he’s improved a number of words. “Piaaaaa” has now become more recognizably “fish,” “ngyo” has become “owange,” and he has even graced me with a extra letter in my name: I am now “Tamva.” Perhaps by the next visit I can be up to three syllables. Oh, and he also says “muncle” at me sometimes, which the rest of the family has been doing since he was born, but which I hadn’t heard from him before. (That’s a “monk uncle,” for those of you who haven’t heard.) It’s adorable.

Another thing he’s doing is stringing more words together into proto-sentences, or at least reasonably related groups. So for fun one evening I tried to get him to call me “yellow muncle Tandava.” This is what happened:

(Me:) Good! Now can you say “yellow muncle Tandava”?

He’s also collecting some other interesting new words, like “hummingbird” and “kombucha.” He can mimic pretty well sometimes, too, even if he doesn’t know what we’re talking about. We got him to say reasonably credible versions of “authenticity” and “symmetrical,” for reasons that made some sort of sense at the time. “Euphemism,” however, is still stuck at “eh-VOOM.”

I spent a great deal of the time there reading books with fascinating plots, mostly involving colors and numbers. Guy would often get tired of a book before I was finished, though I would naturally want to see how they ended (not having read these thousands of times like Lacey has). So there would be a little struggle, with Guy saying “no” and “all done” repeatedly, and eventually wresting the book away from me. After which he would say “good job,” in a tone that implied “don’t feel bad, you tried your best.”
Posted by Tandava at 15:29 No comments: