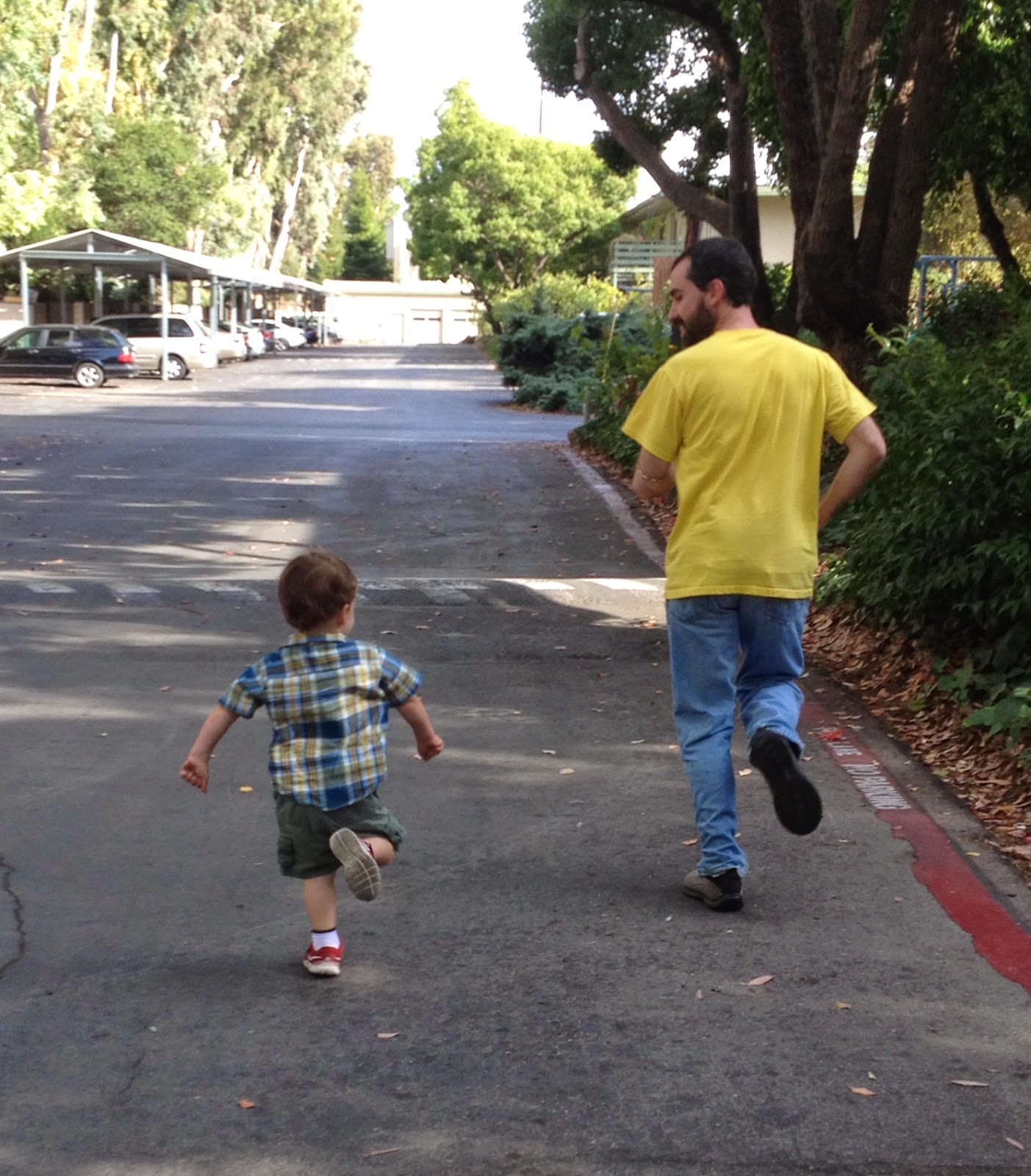 Lacey also told me about one of his best new words, though I didn’t get to observe it “in the wild,” as it were. Apparently he has an oscillating fan in his bedroom, and at some point, someone told him that word. Then one day, he was walking along a curb, with one foot up on the curb and one foot off, rocking up and down as he went. Lacey asked him what he was doing and he said, entirely unprompted, “I’m off-ill-ating!”
Posted by Tandava at 08:12 No comments: